Heroes of War and Money 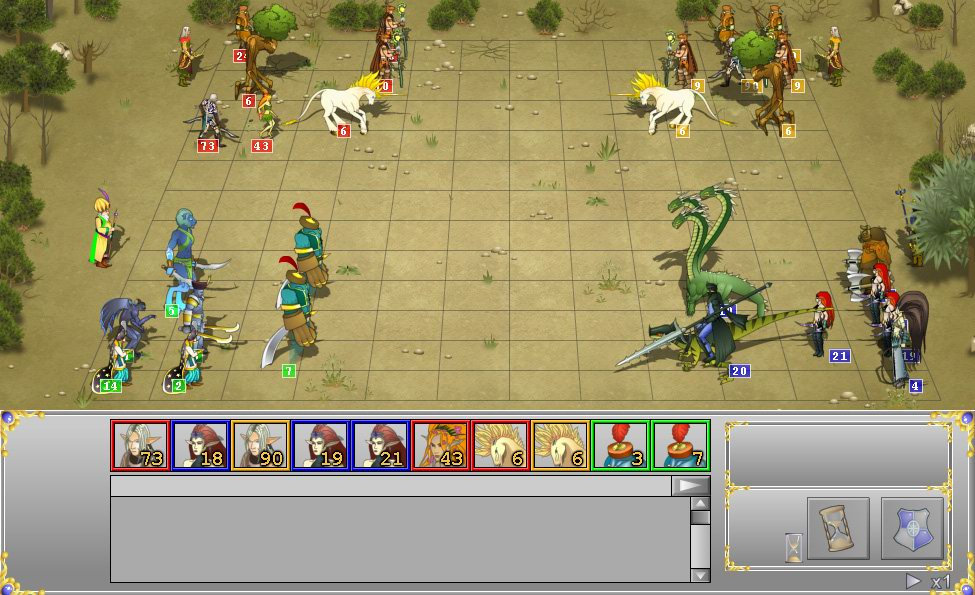 Heroes of War and Money

“Heroes of War and Money” is a fantasy online game based on HTML5 animation. The game was released on March 1, 2007. Here you can create up to three characters. After the registration, you can choose the hero’s faction. Later, you can change your choice. The tactics and composition of the army depend on the faction, as well as it affects the specific skills of the heroes, which determines the behavior and strategy in the game. The battles taken place during the game can be divided into battles between players (PvP-battles) and battles with the computer (PvE-battles). You can also participate in various small tournaments, as well as in global battles.

You can earn money by trading, being hired, performing various quests, traveling between locations when recovering after battles. Recovery after a fight depends on the outcome. If you win, the army’s health and mana are restored immediately. If you lose, you will have to wait 15 minutes for a full recovery. As for health, you can increase the recovery rate by up to 40% during the game. In order to do this, you need to buy a house; it is also possible to stay for a fee in the house of another player. As for mana, the situation is different. To speed up the mana recovery by 20%, you need to reach the “Sunny City” or “Shining Spring” sector. If ambushed by robbers, all parameters are restored regardless of the result of the battle.