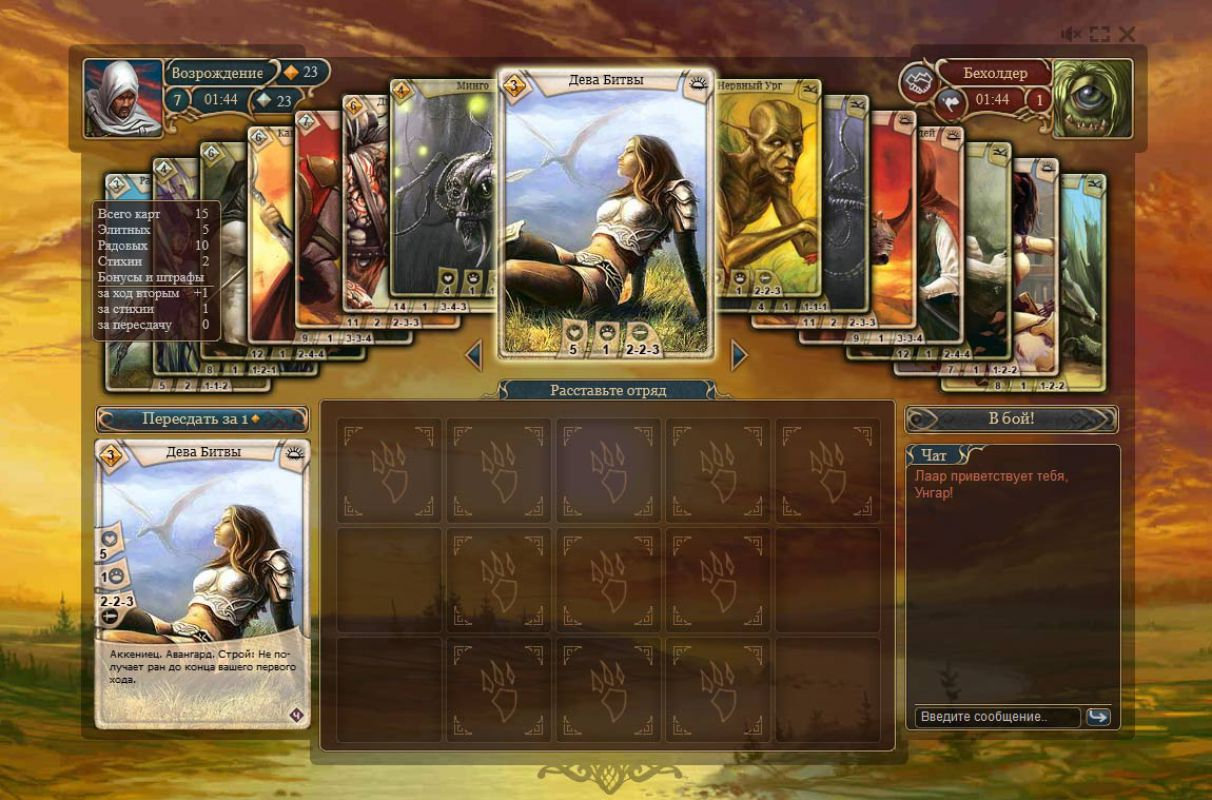 Berserk is a collectible Russian card game. Units of the six elements fight in the world of Laar. There are also units of entities that occupy a neutral position, controlled by Ungar wizards (players).

From century to century, they have existed in this world, surviving the consequences of the fiery cataclysm. Anyone can create a secret army and fight for the fate of Laar.

The player makes a step by moving their creatures. Each creature on the map can attack the next standing one with a normal attack or using a unique attack. After the battle, the card will be closed and become unavailable for action. At the same time, its sign is rotated by 90 degrees, and it is not available for one move.

After having finished the move, the opponent gets a chance to strike back with their cards.

The strongest attack is made by simple battle. But an open card that does not act in its turn can repel an attack.

If the card is closed, then the hit on it passes successfully and is not reflected.

Open creatures protect other cards from normal attacks by absorbing the force of the blow.

Also in the game, there are descriptions of attacks that contradict the rules of the game, but you need to believe what is written on the card. This aspect is called the “Ax Rule”.