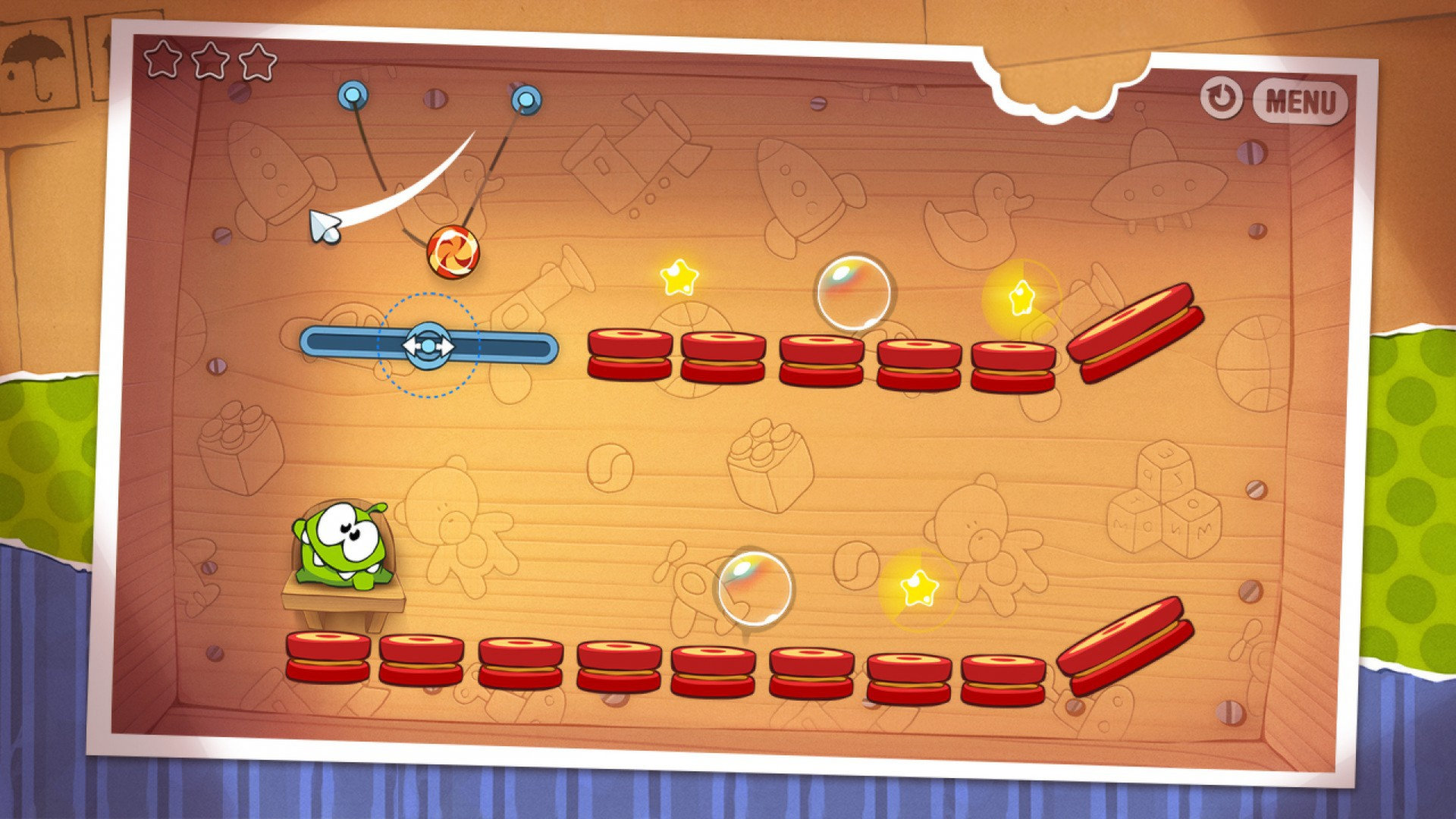 Cut the Rope is a puzzle game developed by the Russian company ZeptoLab and released by Chillingo. The principle of the game is based on physics. The location is represented with a stylized box. There is a character – a good monster Am Nyam. The creature needs to be fed. It eats all sorts of sweets hanging on a rope. In order to put the candy into the monster’s mouth, you have to cut off the rope correctly.

Collect stars during the game if you want to open new locations or boxes. Each location has an original design that corresponds to the name: “Space”, “Cheese”, “With flashlights”. There is a special game mode for the iPad where the candy directly falls from above, and the cute monster has to catch them. Based on the game, the cartoon series “The Adventures of Am Nyam” was released.